Yeterday I had an unfortunate incident that took of the mastfoot and bent the two mast support brackets (both sides) fitted/embedded in the deck.

The mast foot I will be able to fix without to many problems.
But I cannot find information of the construction of the bracket foot in the deck. The bracket is OK but the base/foot of the bracket is bend (~30dgr aft.). As this base/foot needs adjusting (if possible) I am trying to findout how it is contructed and best way to fix this.
I assument there is a metal plate, etc.

I expect it has been mentioned before on the forum, but have not been able to find this. Probable due to my poor German - sorry about that.

Hope some one can put me in the right direction - thank you.

Hallo Michael,
first: my English is very bad, sorry! Please look in the "Forum" under "Bildergalerien" the fotos "Mastfuß Reparatur". I think, you will find there, where you are looking for.
Greetings
Ludger
Nach oben

You English is fine and thanks for your reply.

I tried this, but could not find what I wanted.

I Taken one the pictures of the website and marked the part I mean. Tonight I will go to the boat and take a photo of it.

Hope this clarified the item I mean 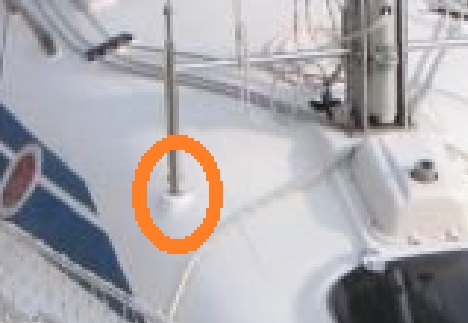 As I know you have the same situation like for the guard rail. The base is an aluminum plate which is laminated in the deck.
The stainless steal bolt is screwed in this aluminum plate. I have taken one photo from the 'Bildergalerie' of 'Uli' to show the
comperable construction.
I hope this will help a little. 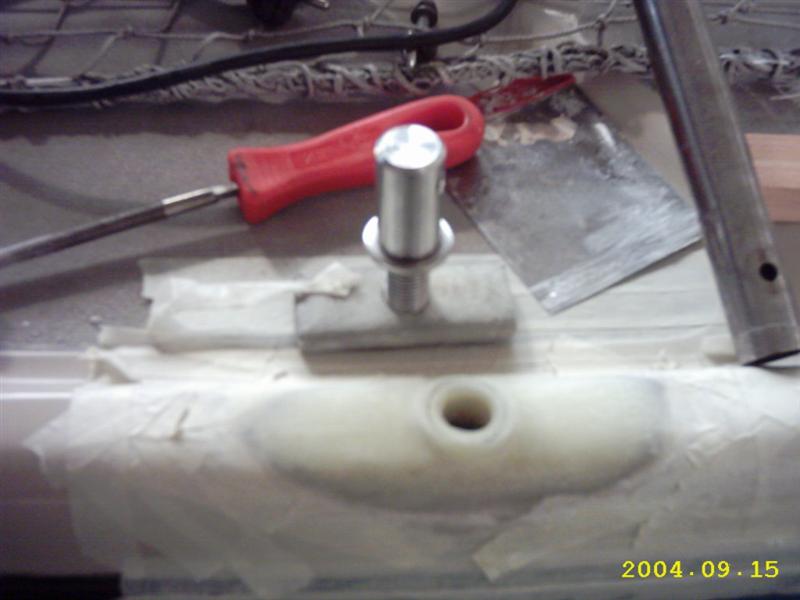 Under this link you will find some photos related to your problem too.

Probable the aluminum plate is much bigger and deeper then the ones from the guard rail.
Perhap it evens goes all the way through the deck?

Any one more feedback or ideas? 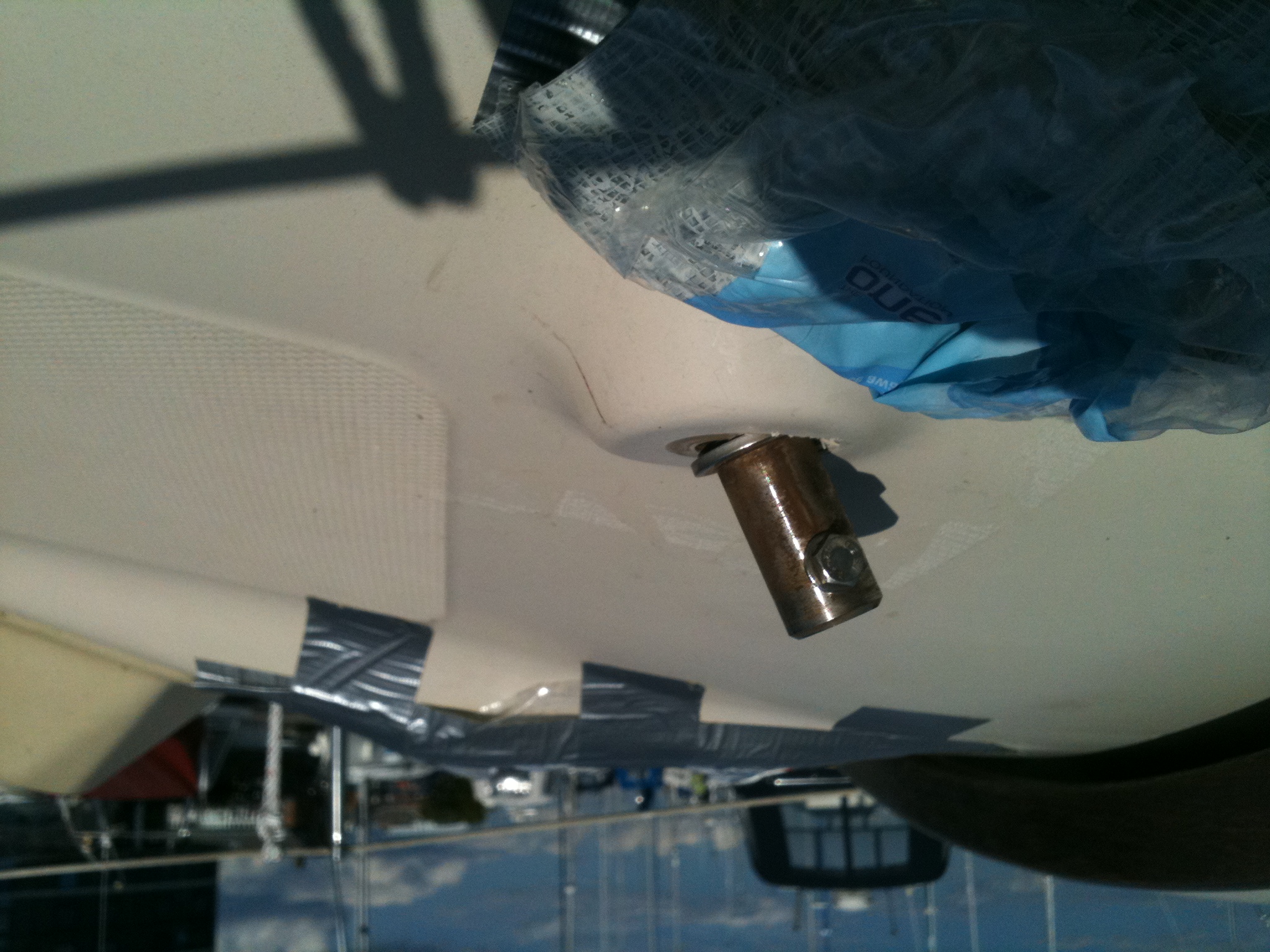 Sorry the photo is upside down - could not work out how to change this.

Forgot to ask if any one knows where to buy new spreaders. I search the forum & spare part list for Spreizer, but perhaps that's the wrong word (google translate does let me down sometimes

Hallo
you don`t need new parts to repair this "damage" only Epoxid and glasfiber an gelcoat.
You can buy gelcoat at the Marina Grossenbrode.
www.marina-grossenbrode.de

You must oben the roof (????) with a tool called "Fein Multimaster" and then you must laminate it.
My english is to bad to explain it in a better way.

Ulrich / Uli you guys were spot on - thanks for pointing me in the right direction.
I worked on it during today and there is indeed an aluminium plate, same as the guard rail ones

Hope to complete the work next weekend and will post a photo of the result (well if it look good enough <img src="{SMILIES_PATH}/icon_e_smile.gif" alt=":)" title="L
Nach oben
Antworten
9 Beiträge • Seite 1 von 1